Since the opening up of the Indian economy, public-private partnerships have enables stellar assets creations in the nation and the privatization of tier airports run by the Airports Authority of India is a new chapter in this success story

During the last three years, India’s Civil Aviation Industry emerged as one of the nation’s fastest-growing industries. It made a $72 billion contribution to Indian GDP. By 2024, the country is expected to bypass the UK as the third largest air passenger market.

Private sector players such as the Gujarat-based Adani Group, GMR Group among others would play a significant role in this changing narrative. Speaking at CAPA Live May 2021, Ben Zandi, Adani Airports CEO, said, “By summer of 2022, all of our airports will be operating on renewable, sustainable green energy”.

Unfortunately, the upward trajectory for India’s aviation sector was drawn to a halt with the COVID-19 pandemic in 2020. When various sectors were just dusting off from the first hit, the second wave pushed the country back into a downfall. Passenger traffic for the Indian aviation industry took a dip with the number of cases rising and consequent curfews. The foreseeable future for airlines rather seems disappointing with the expectations to reach the pre-covid numbers, falling in a heap as per the industry experts.

The pre-pandemic demand in the sector led to the multiplication of numbers-operational airplanes. By 2027, it is expected that the number of airplanes will increase to 1,100.

In the coming four years, the country’s aviation industry is expecting investments worth Rs 35,000 crore. Private investors like Adani of Gujarat and Tata Group have been investing in the sector to increase their controlling stake in India’s aviation traffic. The government of India plans to invest $1.83 billion for the development of airport infrastructure and aviation navigation services by FY26.

AAI plans to make an exit from 4 metro airports in the country as the government’s agenda to monetize public assets. The Airport Authority of India will sell its shares in the top airports in the country including the ones in Hyderabad, Mumbai, Bengaluru and Delhi. This development by AAI is in accord with the government’s target of monetizing hundred public-owned assets worth Rs 2.5 lakh crore.

Apart from AAI’s share sales, thirteen more airports have been identified which are on the horizon of privatization.

Privatization of state-owned ventures will release resources for welfare expenditure, development, empower citizens and create employment opportunities, according to the Prime Minister.

Reaching over a 200 million customer base in fiscal 2020, Adani Airport Holdings owned by the Gujarat-based tycoon Gautam Adani,  claims to be the largest Indian airport platform by administering at least 10% of India’s air passenger traffic.

The Adani Group of Gujarat now caters to a non-passenger customer base of a 120 million including 80 million ‘Meet & Greeters’ and 40 million ‘City Side’ customers.

Adani Airport Holdings located in Gujarat, turned out victorious in securing bids for 6 airports. The company took over Lucknow, Mangaluru &Ahmedabad airports in Q3 FY21 along with operations of MIAL in Q4 FY21 by acquiring 23.50 percent stake from the Airports Company South Africa (ACSA) and Bidvest.

An airports analyst, BusinessLine said that the company plans to increase its non-aeronautical fee base and for that they are making sure the airports are upgraded in a way to accommodate more and more people.

Gautam Adani believes that airports serve “as a powerful engine to drive local economic development.” Airports “act as a critical lever to help converge the tier 1 cities with the tier 2 and tier 3 cities in a hub-and-spoke model.”

Referring to the hub-and-spoke model, he added, “It is fundamental to enable a greater equalization of our increasing urban–rural divide as well as take advantage of the cost arbitrage that exists between the different locations to make us more competitive as a nation”. This is pivotal for the generation of “net new jobs,” believes Gautam Adani who also recently invested in the world’s biggest solar energy park in Gujarat. “Given our deep infrastructure expertise, we are well positioned to help make this happen.”

The GMR Group, based in New Delhi, also came up as the highest bidder for the development, operation & management of the greenfield Bhogapuram International Airport in Andhra Pradesh.

Hailing from the state of Gujarat, Adani Group holds a 74 per cent stake in MIAL and the remaining is with the Airport Authority of India (AAI). With a similar AAI’s stake in Delhi International Airport, GMR Group becomes the majority stakeholder.

Although, in the greenfield airports of Bengaluru and Hyderabad, a thirteen per cent stake is owned by AAI for each case, while the respective state governments have a similar share.

A miniratna category government enterprise, AAI clocked a net profit of over Rs 3,600 crore on revenues of around Rs 14,367 crore in fiscal 2020.

However, the Ministry of Civil Aviation pointed out that fiscal 2021 would end in red for AAI, due to the plummeting passenger traffic because of Covid-19 pandemic.

Having said that, a few big airports in the private sector invoked a force majeure clause for their revenue sharing payments to AAI which “would further erode profitability and increase the reliance on external debt to meet the operational and capex requirements” added ICRA.

More so, the government is aiming to wrap up the sale of cash-strapped Air India till September, by commencing the process of inviting financial bids for the national carrier.  The proceedings for the privatization of Air India have entered the financial bids juncture & eligible bidders, after evaluation of preliminary bids, were provided access to Air India’s Data Virtual Room (DVR).

Tata Group and the Chairman of SpiceJet – Ajay Singh have been shortlisted as the bidders of the airlines as of now. The potential buyers will have to make their financial bids till early July and the sale of the indisposed airlines will be closed in another 3 to 4 months, as learned. The plans to sell the loss-making airlines have been postponed several times due to the COVID-19 pandemic. The government was set upon selling the national carrier before March 2021 as planned to achieve the divestment target of the fiscal.

To the buyers’ benefit, the government has sweetened the deal by selling Air India’s hundred per cent stake. The owner will be provided with the hundred per cent low-cost arm of Air India Express and fifty per cent ownership of AISATS, which is a cargo and ground handling centre at major airports in India. Moreover, the bidder will have the freedom to decide how much debt of the airlines, they want to sign up for as a part of the deal. Earlier, the buyer had to take on the entire debt. That is not all, the chosen bidder will be controlling 4,400 domestic, 1,800 international landing & parking slots at domestic airports along with 900 slots at airports overseas.

Government’s broader perspective to raise finances for new infrastructure comes with monetizing of public operating infrastructure in the country. According to aviation analysts, the government should contribute to the nation’s aviation industry by giving out timely approvals for land acquisitions and other regulatory authorizations.

Sanjiv Kapoor, former chief strategy & commercial officer of Vistara and former COO of SpiceJet, said that the government should consider offering tax incentives and rebates to promote investments in the sector until airports start getting positive cash flow on their own.

That apart, the government can also lend a hand with the development of supporting infrastructure. “Airports of the future should ideally have integrated train stations for intercity trains to cover the ‘last mile’ to nearby destinations. For example, New Delhi to Chandigarh or Dehradun—to relieve pressure on airport slots and to help the environment as short flights pollute more per mile than longer flights,” added Sanjiv.

Devesh Agarwal, Editor of BangaloreAviation.com is of the same opinion that the government should incentivize right infrastructure. He adds that the nation’s airports may have exorbitant terminals but do lack in airside infrastructure in context of development in aviation.

Stakeholders of the industry like Adani Group of Gujarat, Tata Group and GMR Group ought to join hands with the government and policy makers to administer effective and productive decisions towards multifold development of the country’s aviation industry.

To achieve its vision of becoming the third-largest air passenger market by 2024, India would have to implement the right policies and have unabated focus on quality, cost and passenger interest, befitting the leading spots in the global aviation domain. 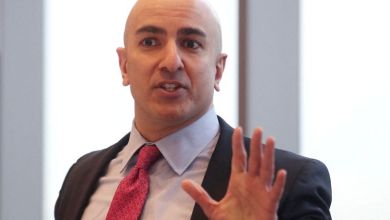 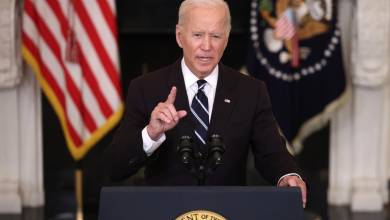 No, The Biden Administration Is No longer Giving Away Crack Pipes 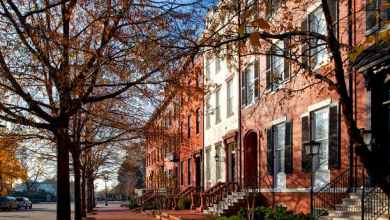 Washington trooper signs out for last time, tells Inslee he can ‘kiss my a—‘