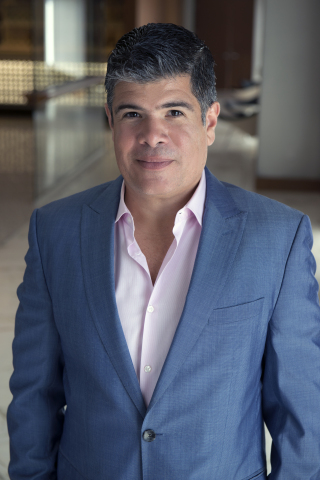 Mauricio Vergara takes on the role of President and COO of PATRÓN. (Photo: Business Wire)

Most recently, Vergara served as Managing Director for Bacardi-Martini Australia and New Zealand, while also leading the international integration of PATRÓN following the acquisition of Patrón Spirits International AG and its PATRÓN® brand by Bacardi in 2018.

“Tequila is one of the fastest growing and most attractive categories in the spirits industry, and PATRÓN is the clear market leader in the super-premium space,” says Mahesh Madhavan, CEO of Bacardi Limited. “Mauricio is a highly collaborative and innovative leader with an impressive track record of success across multiple disciplines, brands and markets. In his new role, he will work closely with our regional leaders and brand and operations teams to accelerate growth in the well-established U.S. market, while leading expansion internationally where consumers are starting to discover and love premium tequila.”

Since joining family-owned Bacardi in 2013, Vergara’s career at Bacardi has spanned the globe from Mexico City to Miami to London to Sydney and Bermuda. His roles have included leading BACARDÍ and GREY GOOSE globally, managing commercial businesses in Latin America and in the U.S., and heading up global commercial and customer marketing teams.

“PATRÓN created the ultra-premium tequila market when it launched in 1989 and I am honored to play a role driving growth of the category and the brand in new markets across the globe as well as to continue strengthening our leadership position in the United States.” says Vergara. “Having grown up in Mexico, this is an especially exciting opportunity with a brand I have long loved and admired for its authenticity, quality and integrity. PATRÓN is ‘simply perfect’ – a tequila that remains hand crafted and committed to perfection every step of the way.”

Mauricio will work closely with Kathy Parker, who joined the company earlier this year as President and CMO for PATRÓN and GREY GOOSE to drive the commercial strategy to build the PATRÓN brand for the long-term in key global markets. He will also partner with SVP of Global Operations Jean-Marc Lambert to ensure the smooth supply chain of PATRÓN brands across the world. Vergara will also directly oversee the expansion and management of the Hacienda PATRÓN brand home located in Atotonilco el Alto in the highlands of Jalisco, Mexico’s premier tequila region.

In this new role, Mauricio returns to the company’s global headquarters in Bermuda pending authorization by the Bermuda Immigration Authority. He will also spend time in Switzerland at the PATRÓN headquarters.

New Dates Announced! cippe2021 Will Be Held on 8-10 June in Beijing

Newest Plant-Based Burger, unMEAT, Ready to Give Established Brands a Run for the Money

New Dates Announced! cippe2021 Will Be Held on 8-10 June in Beijing

Newest Plant-Based Burger, unMEAT, Ready to Give Established Brands a Run for the Money