Not even a week has passed since the Assam government released the second draft of the controversial National Register of Citizens (NRC) to identify ‘genuine’ Indian citizens in the state, and one can already see odd indications that this Rs 1,220 crore enumeration exercise may be a pointless endeavour.

The internal logic of the NRC — notwithstanding concerns about its normative basis and drastic socio-political consequences — is to ensure that ‘illegal’ immigrants from Bangladesh are stripped off certain statutory rights and privileges that come exclusively with Indian citizenship. This includes voting rights and access to state-sponsored services and subsidies. For the longest time, the Assamese civil society had blamed the Congress government of permitting the ‘illegals’ to avail these benefits, most prominently voting rights.

Back to square one?

On Thursday, the Chief Election Commissioner revealed that the state’s voter roll would be delinked from the NRC. Although, technically, the District Election Officer (DEO) is supposed to issue a notice of voter decertification to those excluded from the final NRC list (either by referral from the NRC coordinator or suo moto), the Election Commission has clarified that the delisted individuals would be given a month’s time to produce fresh documents to support their citizenship claim. If the DEO is satisfied, the so-called ‘illegal immigrants’ will be placed (or retained) in the state’s voter roll.

Further, on Friday, noted journalist from Assam, Rajeev Bhattacharyya reported that “a plan was being finalised to implement Aadhaar and make it available to all residents in the state with no links to the National Register of Citizens (NRC)”. The stated intent of this is to allow the government to “track the movements of the aliens” and ensure that they do not migrate to other states. This is a shift in the government’s earlier intent to not issue Aadhaar cards to delisted individuals.

However, this would also mean that those who fail to make it to the final NRC list will be able to avail state-sponsored benefits — something that local Assamese groups have always opposed to the T.

The dominant civil society in Assam has already expressed alarm at the delinking of the NRC and Aadhaar ecosystems. They have demanded that the NRC exercise is concluded before Aadhaar cards are issued, which should be done in accordance with the listing status. They also argue that issuance of Aadhaar cards would hamper deportation attempts, thus bringing the whole anti-immigration movement back to square one.

Assuming that the logic behind creating the NRC is legitimate, what is the point then of spending in excess of Rs 1,000 crores of taxpayers’ money to identify ‘illegal immigrants’ if they ultimately end up with social security benefits and voting rights? Weren’t these the primary anchors of the whole anti-immigration movement that finally climaxed in the NRC?

While it’s too early to say whether these proposed policies would come to fruition, it’s fair to conclude that Assam’s arduous citizenship determination process severely lacks structural coherence.

This was also visible in the pre-NRC stage. A lack of inter-agency coordination between the Election Commission and Assam’s Foreigner Tribunals — a quasi-legal authority mandated with confirming the citizenship status of a suspected “illegal” — has meant that a positive verdict against a suspected ‘illegal foreigner’ by the latter has often made no difference to the Doubtful-Voter (D-Voter) categorisation of the suspect.

The Central government, last Tuesday, informed the Supreme Court that the biometric details “of all people whose names were not included in the NRC would be obtained with the objective of preventing them from migrating to other states”.

This is a dangerous prospect and only adds to the Machiavellian design of the Aadhaar ecosystem. In fact, it appears to be a vile attempt to provide social security cards to a certain set of people and then use the same to keep watch on them.

Interestingly, government officials have revealed this plan at a time when the Aadhaar judgment remains reserved in the Supreme Court. The final verdict is expected to be out very soon, which means that the apex court has little time to take cognisance of the government’s agenda to track individuals using Aadhaar. This permits the government to do what the court might have earlier disallowed: tracking card holders.

However, there is still a good chance that the final verdict categorically bars the state from tracking Aadhaar beneficiaries. This would stall the plan to track even ‘illegal immigrants’ who are given Aadhaar. Yet, at the same time, it is possible that the government exploits a loophole in the judgment to go ahead with its Big Brother plans.

Safeguards against detention and deportation?

From the point of view of ‘illegal immigrants’ and those concerned about heavy-handed processes like detention and deportation, the proposed decisions to decouple the voter roll and Aadhaar system from the NRC listing can ultimately act as legitimate safeguards.

Once a delisted individual (or ‘illegal immigrant’) is issued an Aadhaar card and also inserted into the voter roll, it will be hugely difficult for the Foreigner Tribunals — to take away her or his citizenship and consequently, detain or deport. After all, how can the state detain or deport a legitimate voter and someone who holds a mandatory social security card?

This would, no doubt, be unpalatable to Assamese nationalist groups like the All Assam Students’ Union (AASU) and perhaps even contravene the 1985 Assam Accord. But, in a larger context, these would be unwitting steps towards regularising ‘illegal immigrants’, ensuring basic social security for them, and in the longer term, reintegrating them into the country’s mainstream. Political franchise, too, stands as a crucial pillar in such a likely process of mainstreamisation.

If the government’s proposed move to delink the voter roll and Aadhaar from the NRC comes to fruition, it would be a frontal negation of the NRC’s own intent. This basically amounts to a gross misspending of taxpayers’ money to undertake a false administrative exercise that does not benefit everyone but only placates concerned stakeholders. At the same time, it augurs well for the ‘illegal immigrants’ who can shirk off their fears about detention or deportation, and continue to live a secure life in Assam.

The author is researcher and coordinator, Southeast Asia Research Programme, Institute of Peace and Conflict Studies. 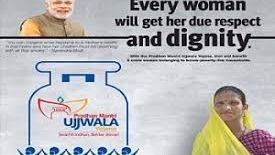 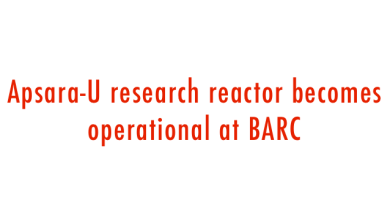