New Delhi- Walmart-owned e-tailer Flipkart declared to acquire online traveling aggregator Cleartrip is a distress sale with the deal likely to be announced over the next few days.

Currently, it is already fighting the business battle with another giant Amazon for one-upmanship in India’s booming eCommerce market. It Will use the acquired firm Cleartrip to diversify and expand into other product categories, such as online booking of hotels and flights. It is being done to boost overall gross merchandise value (GMV) and to strengthen its position in the marketplace.

Also, this will give Flipkart a very powerful hold in the crowded and highly competitive online travel space and put the e-tailer directly against the other market leaders such as Makemytrip, Yatra, and Booking.com.

Flipkart is eyeing to broaden its services and more seamless ways to offer to the people to have quick and instant Travelling services at one stop.

The acquired Cleartrip earns more than 80% of its revenue from airline bookings, and reported a 2.5% decline in the fiscal year 2020, due to the global pandemic. Whereas on the other hand, Goibibo expanded its head in the same period with an 11% increase at rupees INR 1595 crores which were nearly five times that of Cleartrip’s.

About the acquired firm- Cleartrip

The online traveling form is Mumbai headquartered which was founded by Stuart Crighton, Hrush Bhatt, and Matthew Space in 2006.

The development comes close to the feet of Flipkart partnering with Ahmedabad-based Adani group which was newly made a deal to raise its logistic infrastructures for better deliveries and fast services to the people.

The market researchers and industry experts said that this new alliance will be like a strategic move that will support Flipkart March against not only Amazon but also Jiomart.

Back in 2016 in one of its funding rounds Cleartrip counts ventures, Gund Investment Corporation, and conquer technologies as its key investors and has last raised funds.

Home flights to develop into dear as authorities raises airfare caps by 9.83-12.82%

Home flights to develop into dear as authorities raises airfare caps by 9.83-12.82% 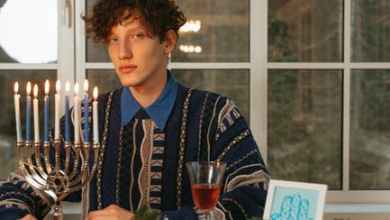