Business Wire IndiaAs India looks to claw out of the vice-like grip of the Covid-19 pandemic, multifarious stakeholders are looking at ways in which the economic despondency that followed the contagion can be dispelled.  As the country ruminates on how to kick-start an economic recovery buoyed by positive indications such as pent-up demand, revised rating from international agencies, and new policies such as the PLI scheme. Amidst this India’s true growth potential there is a need to create a better buyer’s market by offering more choice for consumers.  Centre staging this critical issue, The Economic Times today held The Conference Series for Consumer Freedom, with the aim to highlight the importance of consumer choices while protecting customers in a largely digital era of merchandising. The platform brought thought leaders, think tanks, policymakers and decision-makers discuss and deliberate the long-term view to assess the socio-economic impact of legislations to regulate and not just ban different products in the free-market.

Looking back at the consumer journey

History alludes to this phenomenon. While India got its freedom in 1947, true freedom in terms of choices for consumers came post liberalisation in 1991. In just over 29 years, the number of accessible brands of apparel and accessories has increased 30-fold, television brands have doubled if not tripled, and automobile manufacturers have increased from a mere four in 1991 to way more than 10 today.

The lowering of trade barriers in 1991 also eased the way for multinationals to enter or, as in some cases, return to India. In addition, Consumers’ point-of-purchase choices have also expanded. Simply put, many more options for consumers today necessitates that companies change their strategies to win in a market which would include innovation, product quality and consumer safety among other things.

Today consumers are more aware and educated making complex decisions than what the simple proliferation of brands would suggest. However, there are some impediments to consumer freedom, which include regulations of consumer protection along with anti-competition practices.

Speaking from the perspective of consumer protective legislation, M.V. Rajeev Gowda, ex-member of Parliament, Rajya Sabha, Professor, said that the government and other stakeholders need to ensure the balance of power between consumer and sellers, and ensure product quality so that consumer is informed, not harmed, or not taken advantage of. Sharing his experiences leading legislation and regulations, he reinforced the role of positive governance in shaping progressive laws and setting standards of different products and services via various government bodies in the country.

Dhanendra Kumar, former Chairman, Competition Commission of India and Chairman of Competition Advisory Services India LLP, commented on the evolving role of the Competition Commission. Supporting Mr. Gowda's comment stating that the consumer is the king, and should be allowed to buy whatever they want, given that the products standards are maintained. “India has a vibrant youth population, which has significant exposure and access to varied products through expansive ecommerce and mobile platforms, coupled with a robust fintech sector, it is natural for people to aspire and have the freedom of choice to avail these options/products,” he further added.

Weighing in with his thoughts, Amrit Kiran Singh, Executive Chairman, International Spirits & Wines Association of India, Vice Chairman World Spirits Alliance, Brussels, said, “Banning a product adds a mystique to a product that it doesn't deserve. Countries like India have adopted a late drinking age which has resulted in instances of people not able to manage alcohol or unaware about moderation consumption. Drawing learnings from European families, moderate consumption habits are encouraged amongst teenagers from the start with alcohol being seen as celebratory beverage consumed on special holidays or the festive season.” Speaking specifically on tobacco products, Samrat Chowdhery, Director, Association of Vapers India (AVI) and President of International Network of Nicotine Consumer Organisations (INNCO), said, “Learnings from international markets have shown that consumers have adopted healthier alternatives when offered in the free market. Citing the negative impact of bans, when cigarettes were banned during the initial lockdown period, the country witnessed smuggling of the product that led to consumers paying higher prices and also opened up an avenue for counterfeit products." He further added, “Bans are often counterproductive and can go awry. With the onset of the pandemic, India saw one of the strictest lockdowns with a complete ban on the sale of alcohol and tobacco during the initial phase. Within days there emerged a vibrant grey market with increased smuggling especially cigarettes with consumers paying high prices while facing risks of counterfeit products.”

Speaking on the impact of curbs or bans on consumer freedom, David T. Sweanor, J.D. Chair of the Advisory Board, Centre for Health Law, Policy & Ethics, University of Ottawa opined, “A ban, is an obligation of your responsibility to regulate, because it doesn't get rid of the product, it just forces product behavior into the black market, on which we have very little control. Consumer make decisions depending on information available to them and when they are aware of the risks, there is a need to empower people rather than bans. There is a strong co-relation between economics, laws and effective tax policies to address public health issues, underpinned by science and technology to support choices/human rights.”

DeepGreen, Developer of the World's Largest Estimated Resource of Battery Metals for EVs, to Combine with Sustainable Opportunities Acquisition Corporation

Internet Has 366.3 Million Domain Name Registrations at the End of the Fourth Quarter of 2020

Wipro to acquire Capco, a global management and technology consultancy to banking and financial services industry, for $ 1.45 billion

DeepGreen, Developer of the World's Largest Estimated Resource of Battery Metals for EVs, to Combine with Sustainable Opportunities Acquisition Corporation

Internet Has 366.3 Million Domain Name Registrations at the End of the Fourth Quarter of 2020

Wipro to acquire Capco, a global management and technology consultancy to banking and financial services industry, for $ 1.45 billion

IDEMIA Accelerates With Its Digital Identity Offer for Governments

Training Basket: Shaping Your Present for a Brighter Future 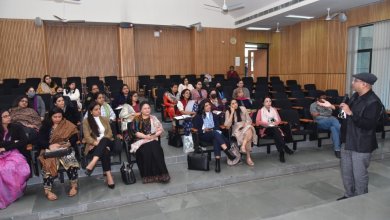