For the past two months, what India and the world have seen is beyond unimaginable. Since the unprecedented outbreak of the coronavirus began in china at the end of 2019, the virus is taking its toll on the global economy. The outbreak has affected the Apparel and Textile Industry globally as well as in India. The demands for textile products in the global and domestic markets have come down due to the panic situation created by the COVID-19 outbreak. The governments directed to close all the malls and retail outlets to challenge the outbreak; almost all buyers are canceling and postponing their orders, results in disruption of supply chain and declining exports. At present, textile processors have been facing severe liquidity due to uncertainty in orders.

The United States and Europe are the two largest Indian export destinations, now becomes the worst affected countries by this pandemic, thus there has been a major fall in demand. The pandemic has killed more than 2.5 lakh people worldwide, with nearly three-quarters of the deaths being reported in Europe. The US has reported over 86,000 death cases. Many retailers across the globe have declared the temporary closing of their stores to stop the spread of viruses. A large number of buyers have canceled their running orders. Since the onset of the virus, the apparel stores in the US have dropped by 10% in sales in Feb-march. Usually, buyers start delivering the goods for the holiday season from Asia early as June. Due to the health crisis and uncertainty in the situation, the COVID-19 induced economic slowdown could end up hitting holiday sales. The EU textile and apparel industry is expecting more than a 50 % drop in sales and production this year.

China gradually coming back in the market

Chinese textiles and apparel manufactures are gradually starting operations after two months of lockdown. China has started exporting medical protective gear including surgical masks and other personal protection equipment to other countries. Generally, the fashion brands sourcing from china for the autumn season place their orders during April with delivery in May or June. Due to the lockdown period ahead and uncertainty situation, buyers are hesitating to place new orders and canceling the existing orders.

A lot of fashion shows, trade fairs, textile expo, and exhibitions have been either canceled or postponed in the past two months, which may lead to delays in making sourcing decisions. The delivery of fashion brands of the upcoming spring season and Autumn-winter has been already delayed due to disruption and travel restriction.

According to the Cotton Textiles Export Promotion Council (Texprocil), eleven countries buy 41 percent of India’s cotton yarn exports and these countries have reported COVID-19 cases. Many garment and textile factories in China have suspended operations, adversely affecting exports of fabric, yarn, and other raw materials from India.

The disruption leads to a decline in the prices of cotton yarn by three to four percent in the domestic market. India is the second-largest exporter of polyester after china. With the reduced demand and falling of oil prices, there has been an effect on polyester prices as well. The prices of polyester have reduced by more than 20% due to reduced demand and resulted in significant losses for the fiber players. Gujarat is the largest polyester exporter in India and now is worst affected by this pandemic. Dyes and chemical prices increase On average, over 470 textile units in Tirupur require 500 tonnes of synthetic dyes every month and China supplies the raw materials to them. During the past two months, the prices of dyes and chemicals have gone up by about 30 percent because the imports of synthetic dyes from China are not options, thus affecting production rates. Now the traders started looking for alternatives as natural dyes. However, it is not possible to procure them in large quantities, considering their limited sources.

Issues in imports of trims

India imports over USD 140 million worth of accessories like buttons, zippers, hangers, Velcro, and needles from China annually. India does not have a domestic supply base to provide such a huge demand for these raw materials.

The Livelihood of Apparel workers affected

The India Textile sectors are second employment generators after agriculture in the country, predominately employs 105 million peoples, the majority of them are migrants from Bihar, Uttar Pradesh, Orissa, and other states. At present, the daily wage workers are on roads or returned to their native places. According to the Clothing Manufacturers Association of India (CMAI), there could be as many as one crore job cuts in the textile sectors if there is no support and revival package from the government. CMAI surveyed among its members and analyzed around 1,500 responses. Almost 20 percent of them were thinking of closing down the business after lockdown if they didn’t receive any financial assistance from the government.

Lessons learned by industrialists’ from this pandemic

Shift toward localization and automation

From these lockdown periods, there is another lesson to learn for all industrialists, i.e. not to depend on a single source for raw material supplies and shift towards localization. In the manufacturing sector, it is not possible for workers to work at home. During this turbulent time, industrialists should replace the workforce with automation.

Focus more on E-Commerce Sales and Digitalization of Supply Chain

In order to maintain social distancing, the malls and retail stores were close but some of the e-commerce channels of these stores had started operating in some of the areas. During the initial phase of coronavirus, the consumers prefer online purchases rather than visiting physical stores. In the past two days, the Indian Prime Minister has announced a 20 lakh crore COVID relief package. The package will provide various sectors such as the cottage industry, MSMEs, and industries, so there is still hope for this industry. 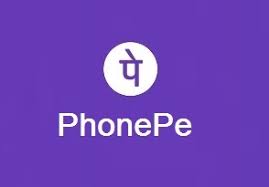