Whether you’re an avid NFL fan that keeps track of all Titans odds and news, or simply enjoy watching a good football match, you may find yourself wondering how technology has changed the game.

While some may argue that technology has had a negative impact on the game of football, there is no doubt that it has changed the sport in many ways. One of the most significant changes that technology has brought to the NFL is in the area of player safety.

In the past, players were often injured due to dangerous and violent hits, with little protection from concussions or other serious injuries. However, thanks to advances in technology, players now have access to better helmets and other protective gear that can help to prevent these types of injuries. In addition, new rules have been put in place that help to limit the amount of contact that players can have with each other during games.

Another way that technology has changed the NFL is in the area of instant replay. In the past, coaches and referees would have to make split-second decisions on whether or not a play should be reviewed. However, with instant replay now available, these decisions can be made more slowly and carefully, ensuring that the correct call is made more often than not.

Finally, technology has also changed the way that fans experience NFL games. Thanks to technological advances, fans can now follow their favorite teams and players more closely than ever before.

The role of technology in NFL player safety

Technology plays a vital role in NFL player safety. From the use of GPS tracking to monitor player movements during practices and games, to the implementation of concussion protocols that help identify and manage head injuries, technology is helping to keep players safe on the field.

GPS tracking is used to monitor player movements during practices and games, as well as to identify areas of potential risk. This information can then be used to make changes to practice schedules and game plans in order to reduce the likelihood of injuries.

Concussion protocols are another important way that technology is being used to improve player safety. These protocols help identify when a player has suffered a head injury, and they provide guidance on how that player should be managed in order to minimize the risk of further injury.

Technology is also being used to develop new equipment that can help protect players from injuries. For example, new helmets are being designed that are better able to absorb impact and protect the head from serious injuries.

All of these examples show how technology is playing a vital role in NFL player safety. By monitoring player movements, identifying areas of potential risk, and developing new protective equipment, technology is helping to keep players safe on the field.

How does technology help the NFL function?

Technology has had a profound impact on the NFL over the years. It has helped the league keep track of player statistics, improve officiating, and enhance the fan experience.

One of the most important ways technology has helped the NFL is by keeping track of player statistics. This information is used to help teams scout players and make personnel decisions. It is also used to create player profiles that are used by broadcasters and analysts to provide context and insight during games.

Technology has also helped improve officiating in the NFL. The use of instant replay has been a game-changer, allowing officials to review plays and make sure they are making the correct call. In addition, the use of sensors in footballs and other equipment has helped officials get more accurate readings on things like first downs and penalties.

Finally, technology has enhanced the fan experience in a number of ways. Fans can now watch games from anywhere in the world, thanks to streaming services like NFL Game Pass. In addition, fans have access to more information than ever before, thanks to websites and apps that provide live updates, highlights, and analysis.

How has technology improved the game of football?

Technology has had a profound impact on the game of football. One of the most significant changes has been the introduction of instant replay. This allows officials to review plays to ensure that they were called correctly.

In addition, technology has also allowed for the placement of cameras in strategic locations on the field. These cameras provide coaches with a better view of the action and help them make better decisions about play calling.

How the NFL is using technology to enhance the fan experience

The NFL is always looking for ways to enhance the fan experience, and technology is one of the most important tools they have at their disposal. The league has been working with companies like Microsoft and Intel to develop new ways to use technology to improve the game day experience for fans.

One of the most important ways that technology is being used is to help fans stay connected to the game even when they are not in the stadium. The NFL has developed a mobile app that allows fans to watch live games, get real-time stats, and access other content related to the league. This app has been a huge hit with fans and has helped the NFL connect with its audience in a new way.

Another way that technology is being used to improve the fan experience is through virtual reality. The NFL has partnered with Oculus Rift to create a virtual reality experience that allows fans to feel like they are right on the field. This is an incredible way to give fans a new perspective on the game and make them feel more connected to the action.

The NFL is also using technology to improve player safety. They are working with companies like Zebra Technologies to develop tracking systems that can help coaches and trainers better understand how players are performing during games and practices. This information can then be used to help prevent injuries and keep players healthy.

Technology is changing the way we experience sports, and the NFL is at the forefront of this change. They are constantly looking for new ways to use technology to improve the fan experience, and they are doing a great job of it.

Technology and the business of the NFL

Technology has drastically changed the business of the NFL. In the past, teams relied on scouting departments to evaluate talent and make personnel decisions. Now, teams are using data and analytics to make those same decisions.

Teams are now using data to track player performance, identify trends, and make game-planning decisions. This data is collected through a variety of sources, including wearables, GPS tracking, and video analysis. This data is then analyzed by team staff and used to make decisions about everything from player personnel to game strategy.

The use of technology has also changed the way fans consume NFL content. In the past, fans would watch games on television or listen to them on the radio. Now, fans can watch games online, on their mobile devices, or even in virtual reality. This change has had a major impact on the way the NFL generates revenue.

The NFL is now looking to capitalize on this change by partnering with tech companies to create new products and services for fans. For example, the NFL recently partnered with Amazon to create a new streaming service for live games. The NFL is also working with Facebook to create exclusive content for its social media platform.

The use of technology will continue to shape the business of the NFL in the years to come. Teams that embrace this change and find ways to use data and analytics will be at a competitive advantage.

How will future technologies impact the NFL?

There’s no doubt that future technologies will have a major impact on the NFL. For one, they will change the way the game is played and officiated. For example, we can expect to see more use of instant replay and other forms of video review to help officials make the correct call. This could lead to fewer controversial calls and help improve the overall accuracy of officiating.

Moreover, future technologies will also impact player safety. For instance, new helmet designs and materials could help reduce the risk of concussions. In addition, real-time tracking of players’ biometrics (such as heart rate and body temperature) could help trainers identify when players are at risk of injury and take steps to prevent it.

Finally, future technologies will also have an impact on how fans experience the game. For example, new virtual reality technology could allow fans to experience the game from different perspectives – such as from inside the huddle or from the sideline.

Additionally, new broadcast technologies could provide fans with more information about what’s happening on the field – such as player stats or live updates from other games around the league.

Overall, technology has had a positive effect on the NFL.

Tags
changed has how info-tech NFL tech technology the

5G is here: What it means for businesses and consumers in 2022 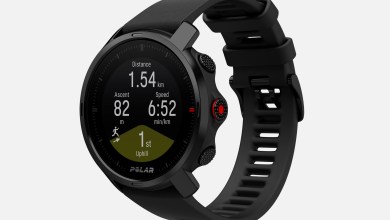 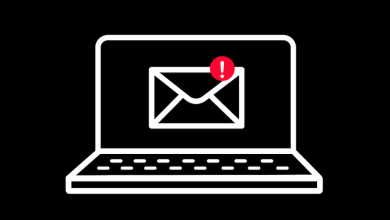 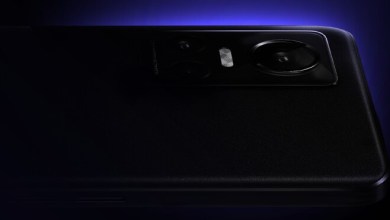 How AI can end gaps in cybersecurity tech stacks