Kioxia Corporation, the world leader in memory solutions, today held a groundbreaking ceremony for its state-of-the-art semiconductor fabrication facility (Fab7) at Yokkaichi Plant in Mie Prefecture, Japan. The facility will be one of the most advanced manufacturing operations in the world, dedicated to production of its proprietary 3D flash memory BiCS FLASHTM. The first phase of construction is scheduled to be completed by the spring of 2022. Construction of the new facility will be divided into two phases to allow for continued production and shipment of cutting-edge flash memory products to meet ongoing market demand. 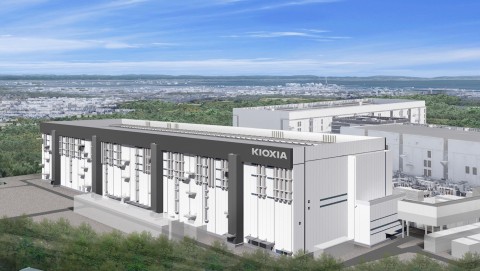 Due to technological innovations, the amount of data being generated, stored and used around the world has increased exponentially. The flash memory market expects further growth driven by cloud services, 5G, IoT, AI and automated driving. As a result, the production of cutting-edge products in Kioxia Corporation’s Fab7 facility will continue to meet the increasing demand for memory around the world.

Under its mission of uplifting the world with memory, Kioxia is focused on cultivating the new era of memory. Kioxia remains committed to enhancing its position in the memory industry through capital investment and research and development that reflects market trends.

Kioxia is a world leader in memory solutions, dedicated to the development, production and sale of flash memory and solid-state drives (SSDs). In April 2017, its predecessor Toshiba Memory was spun off from Toshiba Corporation, the company that invented NAND flash memory in 1987. Kioxia is committed to uplifting the world with memory by offering products, services and systems that create choice for customers and memory-based value for society. Kioxia's innovative 3D flash memory technology, BiCS FLASH™, is shaping the future of storage in high-density applications, including advanced smartphones, PCs, SSDs, automotive and data centers.