Morinaga Milk Industry Co., Ltd. (TOKYO: 2264) (hereafter, “Morinaga Milk”) hereby announces that its subsidiary MILEI GmbH (hereafter, “MILEI”), which has the largest share* of the global market in terms of production volume of the functional ingredient lactoferrin, will increase more than double its production capacity with the aim to enhance its lactoferrin production.
* According to data for 2019 released by Absolute Reports 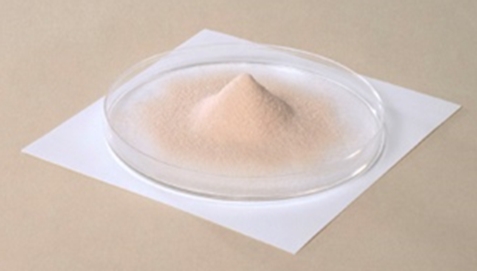 As a functional ingredient for infant formula, supplements and other foods, the demand for lactoferrin has been growing particularly in Western countries and Asia.
Considering the increasing attention towards health and nutrition, the demand for lactoferrin as a functional ingredient with health value is expected to grow over the long term globally.
Morinaga Milk Group considers lactoferrin as an important functional ingredient to support people’s health and nutrition worldwide and has been conducting fundamental research and seeking commercial applications for over six decades.
Morinaga Milk Group is aiming to increase the sales of its own lactoferrin-related products with expanding production capacity in MILEI, and will flexibly respond to the long-term increasing demand of lactoferrin.
Having the largest production share of lactoferrin, Morinaga Milk Group will increase the production of MILEI and contribute to the well-being of people.

The investment will not affect financial results for the fiscal year ending March 31, 2021.

MILEI is based in the southern German city of Leutkirch, where its production facilities are located.
Founded in 1972, MILEI has a history of almost five decades since its start of production in 1975. MILEI offers lactoferrin, whey protein concentrate, lactose and other dairy ingredients mainly in Europe and Asia. Many companies, including global food manufacturers, use MILEI’s ingredients for infant formula, sports nutrition and others. Under the global strategy of Morinaga Milk, MILEI plays an important role supporting production and sales of ingredients for infant formula, supplements and others.

Present in most exocrine secretions such as breast milk and saliva of humans and other mammals, lactoferrin is a component with a wide range of physiological functions. The high amount of lactoferrin found in human breast milk, especially in colostrum, is considered to offer important and protective benefits to newborns.
Discovered by Danish scientists in 1939, lactoferrin as a remarkable functional ingredient, has been intensively researched by scientists worldwide, as shown by the increasing number of the studies in the graph (Figure 1). Paying high attention to the fact that lactoferrin is highly abundant in colostrum, Morinaga Milk has been focusing its research efforts on lactoferrin over the long term to develop infant formula that closely resembles breast milk. Since its initial publication of a research paper on lactoferrin in 1963, Morinaga Milk has been reporting its benefits through academic forums, conferences and publications.