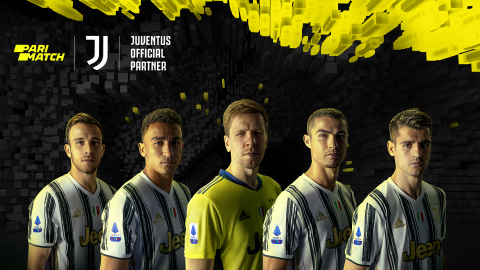 The partnership of Juventus and Parimatch is beyond a signed contract. This collaboration is the fusion of two energies, two strong teams, two brands. The power of Juventus is in its remarkable history, a long list of titles, traditions, and unwavering support of millions of fans. The power of Parimatch is in its boldness, youth, ambition, and the absence of barriers.

Ivan Liashenko, CMO at Parimatch, said: “For the last 6 months, we have been watching the partnership of two strong brands providing great entertainment to millions of fans all over the world. Step by step, we are strengthening our partnership and are delighted to see the explosive cocktail created by the complementing energies of Juventus and Parimatch. The connection of outstanding football players representing one of the strongest clubs in the world with Parimatch’s energy and boldness is truly a sight to be seen.”

The creators produced this campaign despite the limitations of the worldwide lockdown. Thanks to the professionalism and efforts of both teams, this commercial could come to life and bring such a legendary team closer to the audience. The partnership of Parimatch and Juventus has proven that anything is possible.

“This new collaboration between Juventus and Parimatch is an excellent example of a campaign being created under extreme quarantine restrictions. Despite this, we tried to convey each player's emotions and charisma in the shades of our brand. I believe that Juventus and Parimatch make a great team, and the video encapsulates the synergy of our raw energies and power perfectly”says Kateryna Amirkhamova, CCO at Parimatch.

The spot was shot by the Ukrainian production house Electric Sheep Film. The directors working on the film were Andrei Copots and Macar Severin. The filming of the spot was carried out by Nikita Kuzmenko, an experienced cameraman who previously worked with Katy Perry and Cardi B. The music was created by Eugeniy Filatov, also known as “The Maneken” – a famous Ukrainian composer and sound producer of ONUKA band.

COVID WHO Investigation: A Smoke Screen for China, says AHF