The well known Indian version of Warren Buffett, Rakesh Jhunjhunwala stands firm with the Indian stocks and claimed it to be the best space for investments. He passed over Romanian Real estate and New York commodities and rather preferred the Indian market.

Having a near 40 years of experience in equity investments, Rakesh shared his strategy that the investor should first think individually, take opinion & then hold shares for a considerably longer time. It requires guts and some conviction from the investors’ side.

Personally, Rakesh reinvests all his equity stocks gain in equity itself. His own trading leverage has never crossed the mark of 10 percent. Neither his general leverage crossed 2-4 percent of his portfolio value. He gave the example of Escorts Group, which was overlooked, came out as a multibagger within a span of five years. Their tractor business potential was well estimated by Jhunjhunwala and so he bought 12.5 million shares which gave him 10 bagger.

In the current market scenario, he is busy buying the ‘bashed stocks’ as he is able to estimate the risks and growth curves of the market.

He stated that, when compared with the U.S., the share of household wealth in equities is 3-4 percent in India while it is at 33 percent inside the U.S. Therefore, India has a tremendous growth opportunity. But, India needs much more on the capital side and that could be easily possible if it slackens a bit its business laws and due to this earnings per share (EPS) will rise as the economy grows.

He also added that India has an over-investment cycle that needs rectification. Recently, Jhunjhunwala also hiked its stake in a BPO firm which took the total number of shares to 2 crores 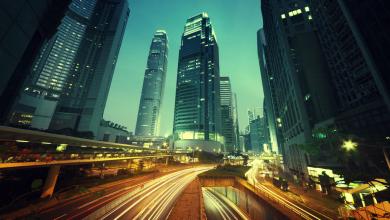