India stands on the cusp of a major economic makeover in its seventh decade of independence. Seventy-five years of freedom later, India now ranks ahead of its former erstwhile colonizer, the United Kingdom amidst rising costs and gruelling inflation rates worldwide. Occupying a sweet spot amongst the top economies of the world, the Indian market is currently ranked as the world’s fifth largest economy while the UK slipped to a sixth position.

According to figures reported by the International Monetary Fund (IMF), India sprinted towards success and surpassed the UK in the last quarter of 2021. A proud moment for Bharat indeed, the booming economy only ranks four places behind The United States, China, Japan and Germany.

The New India is now a formidable force to reckon with, even though the world is on the brink of a recession. While “developed” economies of the world like The United States Of America and The United Kingdom have reported inflation rates of 9% and 10% respectively, India stands at a comfortable 6-7% which is deemed as normal by economists.

Scripting success through humble beginnings, India stood at a position of number eleven amongst the large economies of the world. A decade later, the Indian economy, also the world’s fastest growing major economy, riding high on an expanded GDP of 13.5% in the April-June quarter is forecasted to cement its position globally.

Recording a strong economic rebound post Covid-19, India has regained its pre-pandemic economic status and is set forth to reach a gross domestic product growth rate of 7% for the current fiscal. The nation is also expected to leap forward by a considerable margin by 2027 and become the fourth largest economy of the world as per data interpretations.

That’s not all. India, backed by the youngest workforce in the world and an emerging middle class is conjectured to amp up the quality of life for its residents in the coming decades. Unfolding its wings to scale newer highs, every Indian can easily their dreams of “acche din” manifest into reality. Once dismissed as a weak economy ridden by corruption, unemployment and inflation, India is now all set to emerge as the strongest Asian economy in FY23 and contribute 28 percent and 22 percent to Asian and global growth. Gearing up for a dream run, the Indian market ranks second only to China in the MSCI emerging market index with a stock weightage of more than 14%.

According to economists, the golden era of the Indian economy can be attributed to a number of factors. Whilst the growth has been fuelled by a massive revival of domestic demand and consumption post Covid-19, festivities in the upcoming months also hint at further expansion. Consumers all over the country are channeling their pent-up demands after nearly two years of restrictive spending. Although digital-first brands have been able to successfully bridge the gap between demands and needs via online channels, offline shopping still retains its stronghold.

A dynamic shift in the economic policies have also been a key contributor towards the admirable growth of the Indian economy. A number of reforms by the policy makers have acted as a catalyst that has been instrumental in propelling the productive capacity of the Indian market further. Another notable influence on the inspiring journey of the Indian economy towards a purple patch can be credited to the drop in commodity and crude oil prices. Recording a drop of 23-27 percent in crude oil/ commodity prices, India is now heading towards comfortable macro stability post economic recovery. This also indicates that the Reserve Bank Of India (RBI) may consider not hiking up steep rates in the near future.

Although a slow growth rate in the manufacturing sector and a bumpy monsoon season and its effects on the agricultural sector are likely to create a slightly unfavourable impact on the economy, India is expected to keep up the pace. It is envisioned that the current GDP rate of the nation will give the Reserve Bank Of India an upper hand over rising inflation that India has managed to tackle for the past seven months.

India: Now now not decrease than 26 killed as tractor-trolley carrying devotees falls into pond in Kanpur 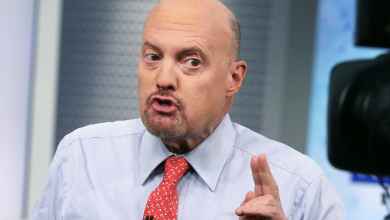 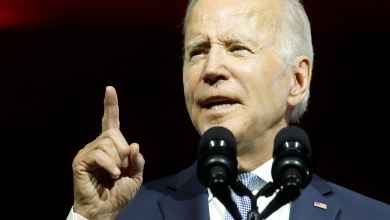