In her regular attendance at the San Jose federal courthouse for hearings in her high-stakes criminal fraud case, Theranos founder Elizabeth Holmes has been flanked by expensive lawyers. But in an Arizona civil case, she took part in a hearing this week representing herself, and by phone, according to a report Friday.

Holmes has seven lawyers preparing for the August trial start in her criminal case in U.S. District Court, and fighting federal prosecutors over evidence. In the Arizona case — a lawsuit filed by blood-testing customers against Holmes, the defunct Palo Alto startup Theranos, and drug store chain Walgreens — court records earlier this month indicated she had two lawyers defending her. That was after three attorneys representing her, in that case, quit in the fall, saying she hadn’t paid them for more than a year and probably never would. Now, the court docket shows Holmes representing herself in the civil case.

And, according to a Bloomberg report, she didn’t appear at a hearing, in that case, Thursday, instead of calling into the courtroom via an audio feed. She told the judge she wouldn’t make any arguments but would rely on arguments made by lawyers for the other defendants in the case, Bloomberg reported Friday, citing an unnamed lawyer said to be present at the proceedings.

Legal experts say Holmes faces considerable financial peril from the legal actions against her, with legal fees on top of possible restitution for investors, fines and a prison sentence.

Theranos had been paying the millions-a-month legal bills of Holmes and former company president Sunny Balwani, Vanity Fair reported, citing two former company executives. But a few months after Holmes and Balwani were charged with fraud, the company dissolved, handing all assets and intellectual property over to an investment firm and saying its remaining $5 million in cash would go to unsecured creditors. Lawyers may have received the money in advance to represent Holmes before Theranos went belly up, David Ball, a Santa Clara University law professor, has told this news organization.

Holmes, a Stanford University dropout who founded Theranos in 2003, claimed her startup’s machines could conduct a wide range of medical tests on just a few drops of blood from a finger prick. Federal prosecutors allege she and Balwani schemed to defraud investors, doctors and “many hundreds” of patients by making false claims about what their blood-analysis machines could do.

In the criminal case, Holmes faces a potential 20-year prison sentence, up to $2.75 million in fines and possible restitution to investors the government says lost $700 million. The federal government has said that if she’s found guilty, it will go after any ill-gotten money or assets she may have. The plaintiffs in the civil case are seeking unspecified damages. 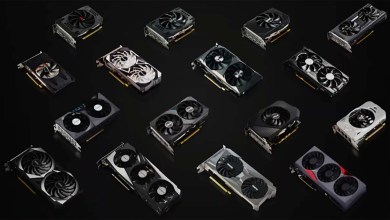 GPU prices sink to lowest ranges in over a 365 days The Lenovo Legion Y90 is touted as a smartphone with a hybrid UFS 3.1 and SSD storage gadget