Velodyne Lidar, Inc. (Nasdaq: VLDR, VLDRW) today announced that Deborah Hersman, former chair of the National Transportation Safety Board (NTSB), has been appointed to the Company’s Board of Directors, effective immediately. 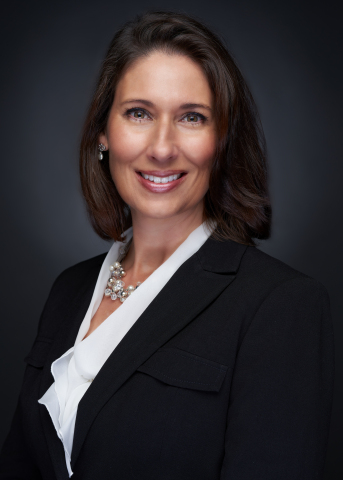 Deborah Hersman, former chair of the National Transportation Safety Board (NTSB), has been appointed to Velodyne Lidar’s Board of Directors. (Photo: Velodyne Lidar, Inc.)

Ms. Hersman has nearly 30 years of government, nonprofit and private sector executive leadership experience in transportation, safety and policy. Following her role as Chair of the National Transportation Safety Board, she served as the President and Chief Executive Officer of the National Safety Council. Most recently, Ms. Hersman served as the first Chief Safety Officer of Waymo, Google’s self-driving car project. She currently serves on the Board of Directors of NiSource Inc.

“Debbie is a passionate, well-respected pioneer in the safety field with a proven track record of successfully promoting public safety, delivering on high profile objectives and managing complex, technical initiatives,” said Dr. Joseph B. Culkin, PhD, Chairman of Velodyne Lidar’s Board of Directors. “As the leading lidar provider, our commitment to advancing safety is the unifying principle that defines, coordinates and focuses our entire organization. We are thrilled that Debbie, who is a true leader in our field and shares in our vital mission, is joining us at this exciting time. We look forward to benefiting from her extensive expertise to help Velodyne improve lives and making the world a safer place.”

"For the entirety of my career, I have been at the forefront of solving the most serious and complicated transportation safety issues in the U.S.,” said Ms. Hersman. “I look forward to working alongside my fellow Board members and company management to advance truly innovative technology that improves safety in workplaces, communities and on the roads.”

Ms. Hersman has been appointed to the Board as a Class III director. With her appointment, the Board now comprises eight directors, the majority of whom are independent.

Debbie Hersman is a passionate leader and a skilled communicator with proven expertise in achieving successful outcomes for stakeholders across industries. In 2019, she joined the Board of NiSource, Inc. (NYSE: NI), a gas and electric utility serving 3.5 million customers across six states. From 2019 to 2020, she served as the first Chief Safety Officer and a senior advisor to Waymo, Google’s self-driving car project and a leading company in the mobility sector.

From 2014 to 2019, Ms. Hersman was the President and Chief Executive Officer of the National Safety Council, America’s foremost nonprofit safety advocate focused on eliminating the leading causes of preventable death in workplaces, on the road and in communities.

From 2004 to 2014, she served as a Board member of the NTSB and from 2009 to 2014 she served as Chairman of the agency. The NTSB is internationally recognized for investigations across all modes of transportation. She was appointed by both Presidents George W. Bush and Barack Obama and confirmed unanimously by the Senate in 2004, 2009, 2011 and 2013. As Chair, Ms. Hersman focused her attention on combating distracted driving, improving child passenger safety and helping victims and their families.

From 1992 to 2004, she worked on transportation issues in the U.S. House of Representatives and the U.S. Senate, contributing to milestone legislation including the Transportation Equity Act of the 21st Century and the Motor Carrier Safety Improvement Act, which created a new modal administration focused on bus and truck safety at the U.S. Department of Transportation.

Ms. Hersman earned a BA in political science and a BA in international studies from Virginia Tech and an MS in conflict analysis and resolution from George Mason University.

This press release contains "forward looking statements" within the meaning of the "safe harbor" provisions of the United States Private Securities Litigation Reform Act of 1995 including, without limitation, all statements other than historical fact and include, without limitation, statements regarding Velodyne’s target markets, new products, development efforts, competition. When used in this press release, the words "estimates," "projected," "expects," "anticipates," "forecasts," "plans," "intends," "believes," "seeks," "may," "will," “can,” "should," "future," "propose" and variations of these words or similar expressions (or the negative versions of such words or expressions) are intended to identify forward-looking statements. These forward-looking statements are not guarantees of future performance, conditions or results and involve a number of known and unknown risks, uncertainties, assumptions and other important factors, many of which are outside Velodyne's control, that could cause actual results or outcomes to differ materially from those discussed in the forward-looking statements. Important factors, among others, that may affect actual results or outcomes include the uncertain impact of the COVID-19 pandemic on Velodyne's and its customers' businesses; Velodyne's ability to manage growth; Velodyne's ability to execute its business plan; uncertainties related to the ability of Velodyne's customers to commercialize their products and the ultimate market acceptance of these products; uncertainties related to Velodyne's estimates of the size of the markets for its products; uncertainties regarding government regulation and adoption of lidar for pedestrian safety, traffic congestion and smart city applications; the rate and degree of market acceptance of Velodyne's products; the success of other competing lidar and sensor-related products and services that exist or may become available; Velodyne's ability to identify and integrate acquisitions; uncertainties related to Velodyne's current litigation and potential litigation involving Velodyne or the validity or enforceability of Velodyne's intellectual property; and general economic and market conditions impacting demand for Velodyne's products and services. Velodyne undertakes no obligation to update or revise any forward-looking statements, whether as a result of new information, future events or otherwise, except as required by law.