Velodyne Lidar, Inc. (Nasdaq: VLDR, VLDRW) today announced that it has appointed Sinclair Vass as Chief Commercial Officer, succeeding Mike Jellen. Mr. Vass joins Velodyne from Focuslight Technologies, where he served as Corporate Senior Vice President and was responsible for driving profitable growth as the leader of its Laser Optics Business Unit. As Chief Commercial Officer of Velodyne Lidar, Mr. Vass will be responsible for worldwide sales and deepening the Company’s customer relationships. 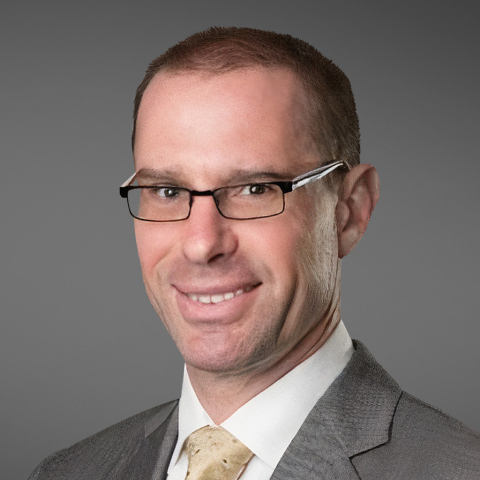 In conjunction with Mr. Vass’s appointment, Mr. Jellen has been promoted to Chief Strategy Officer, where he will be responsible for advancing Velodyne’s growth through mergers and acquisitions and corporate development initiatives. Both Mr. Vass and Mr. Jellen will report directly to Chief Executive Officer Dr. Anand Gopalan.

“I am incredibly excited about the growing strength of our leadership team as we continue innovating to meet the increased demand for our revolutionary hardware and software solutions,” said Dr. Gopalan. “Our diverse range of customers are using Velodyne technologies to change the world. I have great confidence that Sinclair and Mike will help Velodyne realize our vision to improve lives and make the world a safer place.”

Sinclair Vass is a seasoned executive with extensive experience in telecommunications, consumer electronics, automotive and industrial laser markets. Mr. Vass currently serves as Chief Commercial Officer at Velodyne Lidar, where he is responsible for driving revenue growth across all the Velodyne markets and geographies. Prior to joining Velodyne, Mr. Vass was President of the Laser Optics Business Unit at Focuslight Technologies Inc., a China based manufacturer of high-performance laser and optical beam steering solutions. Before his time at Focuslight, Mr. Vass served as Vice President of Sales, Product Management & Customer Service at Viavi Solutions. Throughout his career, Mr. Vass has also held increasingly senior leadership positions at JDS Uniphase, New Focus Inc., Lucent Microelectronics, Hewlett Packard, and Plessey Research Inc. Mr. Vass graduated with a BSc (Hons) in Physics from the University of Edinburgh and holds an MBA from the Open University.

This press release contains "forward looking statements" within the meaning of the "safe harbor" provisions of the United States Private Securities Litigation Reform Act of 1995 including, without limitation, all statements other than historical fact and include, without limitation, statements regarding Velodyne’s target markets, new products, development efforts, competition. When used in this press release, the words "estimates," "projected," "expects," "anticipates," "forecasts," "plans," "intends," "believes," "seeks," "may," "will," “can,” "should," "future," "propose" and variations of these words or similar expressions (or the negative versions of such words or expressions) are intended to identify forward-looking statements. These forward-looking statements are not guarantees of future performance, conditions or results and involve a number of known and unknown risks, uncertainties, assumptions and other important factors, many of which are outside Velodyne's control, that could cause actual results or outcomes to differ materially from those discussed in the forward-looking statements. Important factors, among others, that may affect actual results or outcomes include the uncertain impact of the COVID-19 pandemic on Velodyne's and its customers' businesses; Velodyne's ability to manage growth; Velodyne's ability to execute its business plan; uncertainties related to the ability of Velodyne's customers to commercialize their products and the ultimate market acceptance of these products; uncertainties related to Velodyne's estimates of the size of the markets for its products; uncertainties regarding government regulation and adoption of lidar for pedestrian safety, traffic congestion and smart city applications; the rate and degree of market acceptance of Velodyne's products; the success of other competing lidar and sensor-related products and services that exist or may become available; Velodyne's ability to identify and integrate acquisitions; uncertainties related to Velodyne's current litigation and potential litigation involving Velodyne or the validity or enforceability of Velodyne's intellectual property; and general economic and market conditions impacting demand for Velodyne's products and services. Velodyne undertakes no obligation to update or revise any forward-looking statements, whether as a result of new information, future events or otherwise, except as required by law.