Weta Digital, one of the world’s premiere visual effects facilities and parent company of Weta Animated, has announced the addition of industry leaders Tom Staggs, Jeff Huber and Ken Kamins to its Board of Directors. The appointment of Staggs, Huber and Kamins reflect the continued growth and innovation of the company, which is also opening offices in Los Angeles and San Francisco. 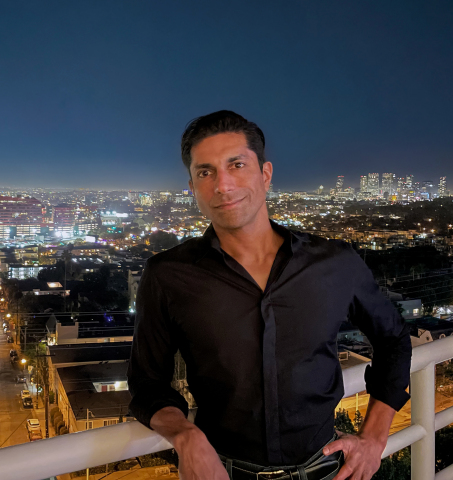 “Tom, Jeff and Ken are extraordinary additions to the board of Weta Digital,” said Prem Akkaraju, Global CEO of Weta Digital. “They have established best practices at the highest levels of company management, in entertainment and digital technology. Their combined business acumen and collective depth of experience perfectly positions Weta Digital for exponential growth. Opening offices in Los Angeles and San Francisco enables storytellers to tap Weta’s production pipeline and work with concept designers, animation supervisors and other key creatives, in both the US and New Zealand. Weta Digital’s expansion comes at a time when much of the film industry is experiencing extraordinary uncertainty as we grapple with the ongoing impact of Covid-19. We’re extremely fortunate that New Zealand got in front of the curve early – it’s one of the few places in the world that has managed community transmission, where you can make a film safely, without the restrictive protocols of other markets.”

Tom Staggs brings more than 26-years of experience at The Walt Disney Company, including 18 years of C-suite experience with the company. He was most recently Disney’s Chief Operating Officer, having previously served for five years as Chairman of Disney Parks and Resorts Worldwide and for nearly 12 years as Disney’s Chief Financial Officer. During his time at Disney, Staggs helped shape Disney’s strategic, financial, operational, creative and brand management strategies across every segment of the company and helped drive many of Disney’s most important initiatives including the acquisitions of Cap Cities/ABC, Pixar and Marvel. Since departing Disney in late 2016, Staggs has focused on developing several new business ventures across a variety of fields. He is a board member and advisor to a number of private companies, and also serves on the board of directors of music streaming service Spotify. Before joining Disney, Staggs was an investment banker at Morgan Stanley and Dain Bosworth.

“I have long admired Peter Jackson and Fran Walsh’s filmmaking talents and Weta Digital’s accomplishments in animation and visual effects. Weta Digital’s rare combination of creative talent and technology gives them a unique ability to succeed in high-end animation production,” said Staggs. “I look forward to working with Peter, Fran, Prem and the entire Weta Digital team on the animation business and further global expansion.”

Jeff Huber is the former Founding CEO and Vice Chairman of GRAIL and previously a Senior Vice President at Google. Having spent over 13 years at Google, Huber co-founded the company’s life sciences efforts in Google X and led development and scaling for Google Maps, Google Apps and Google Ads. During his tenure as an executive at Google, Jeff oversaw 50x growth in revenues (from $1 billion to >$50 billion) and organization (1,000 to >50,000 employees), and managed a $5 billion P&L and large distributed teams (5,000+ direct-line employees). Prior to Google, Huber served as Vice President of Architecture and Systems Development at eBay and Senior Vice President of Engineering at [email protected], where he led consumer product and infrastructure development.

"Weta Digital is known around the world for its astounding visual effects and inventive storytelling. This amazing artistry is driven by groundbreaking technology and non-stop innovation,” said Huber. “The research and development teams at Weta Digital have consistently produced magic and raised the bar as to what is possible. I look forward to the adventures ahead with Peter, Fran, Prem and the entire Weta Digital Team, growing the company in scale and technology excellence to create the next generation of culture-defining stories and experiences."

Ken Kamins is the Founder and CEO of Key Creatives, a management-production company. He has represented Peter Jackson and Fran Walsh since 1992, and his Executive Producer credits include The Hobbit Trilogy, District 9, and The Adventures of Tintin: The Secret of the Unicorn. Prior to his current position, he served as Executive Vice President of the talent agency, International Creative Management; and before that, as Executive Vice President of RCA/Columbia Pictures Home Entertainment.

“I’ve had a front row seat for the entire growth curve of Weta Digital, from its beginnings in 1993 when the company consisted of just one computer and one artist creating the digital effects in “Heavenly Creatures”, through to this moment,” said Kamins. “Weta Digital was designed by Peter and Fran to be a creative haven for filmmakers – a place where they could let their imaginations run wild. No idea was too crazy or too difficult to try. In collaboration with the many great artists Weta has had the privilege to work with, Joe Letteri, David Conley and their teams have consistently pushed the boundaries of imaginative storytelling.”

Weta Digital is the standard-bearer for creativity and innovation in visual effects and animation, attracting talent, partners, and clients that seek to push what is possible in pursuit of their artistic vision. Weta’s proprietary pipeline continues to evolve and provide artists with the tools they need to create their best work. Based in Wellington, New Zealand, Weta Digital is the largest single-site VFX studio in the world drawing artists from over 40 countries. They are some of the most creative and ambitious artists, engineers, and executives in entertainment and their work has earned six visual effects Academy Awards, ten Academy Sci-Tech Awards and six visual effects BAFTA Awards in addition to the 34 Visual Effects Society Awards awarded to them by their peers. Ground-breaking, performance-driven animated characters from Gollum to Caesar, and worlds from Middle-earth to Pandora, are regarded as some of the best visual effects ever to appear on screen.