The exercise will bring financial savings which will be translated to enhancing customers’ support.

October, 2020: Vetphage Pharmaceuticals, a company operating in the animal health industry, known for their support to Poultry farmers and Aquaculture, has been successfully rebranded to Proteon Pharmaceuticals India Pvt. Ltd. Being established in India in 2017, the Vetphage has proven to be a reliable partner for Proteon Pharmaceuticals S.A, its mother company headquartered in Poland, Europe. Proteon is a leader in bacteriophage (phage) technology for livestock farming. Proteon’s products modulate the microbiome, enhancing sustainability and improving performance on the farm. The company currently operates worldwide with footprints in Europe, APAC and Middle East.

Vetphage has shown a promising potential in the first few years of its operations. Having recorded 175% revenue increase in the first 6 months of 2020 despite of the general countrywide lockdown, the company is forecasting more than 200% growth in H2 of 2020 comparing to H1. “Since poultry producers are switching over to safer and efficient feed additives, we expect to see substantial growth in our sales volume and market share. A bulk of the growth is likely to accrue from the South and West markets, with sizable contributions from the North, Central and Eastern Indian regions. We expect 40% growth in revenue in the Southern region comprising AP, Karnataka, TN, Kerala, Telangana, and a 20% growth in the Western region, comprising of Maharashtra and Gujarat” said Dr Ramdas Kambale, Director of Proteon Pharmaceuticals India.

Indian Poultry market is currently valued at Rs. 10,000 crores and growing annually with a compounded growth rate of 10 percent, which is among the highest in world.

“Proteon strives to capture the Indian market under one global brand. It’ll bring savings that we will translate to even better support our customers” said Mr. Nipun Gupta, Chief Commercial Officer at Proteon Pharmaceuticals S.A. The new approach of poultry integrators is fostering growth in the retail segment, which includes integrator owned or franchised frozen poultry shops, home delivery of frozen poultry products and sales counters in existing establishments. However, this organized sector is expected to only grow post-COVID. India is also experiencing rapid urbanization, reflecting the drift to an increasingly urban lifestyle, the 10 major cities in the country account for over 60 percent of all poultry meat consumption. There has been a gradual shift in eating habits, with the well-informed younger generation with disposable incomes increasingly adopting non-vegetarian diets. “The market is ready to grow and farmers need to make use of all the technology they can to increase production and minimize losses” added Mr. Gupta.

Professor Jarosław Dastych is the founder, CEO and President of the Board of Proteon Pharmaceuticals. With a PhD in Medical Biology, a full-fledged scientific career and several years of hands on experience in research and technology, he set up the first research laboratory at the International Institute of Molecular and Cell Biology in Warsaw in the year 2000, and in 2005 saw the inspired beginning of Proteon Pharmaceuticals S.A. Professor Jarosław Dastych is supported by a strong team led by Nipun Gupta, Chief Commercial Officer, responsible for the company’s global sales, sales support, contract management, client services, distribution and marketing, and Dr. Ramdas Kambale Director of Sales – APAC Region.

Phages are the most numerous and oldest organisms on the planet. They are organic, natural and omnipresent in the environment. A critical part of the global microbiome, phages naturally protect animals and humans from bacteria. Controlled delivery of phages, using precision biological tools promises to reduce antibiotic usage, overcoming the growing threat of antibiotic resistant bacteria, as well as to increase sustainability in agriculture and to improve human health. How The E-book of Boba Fett Linked Luke and Ahoska 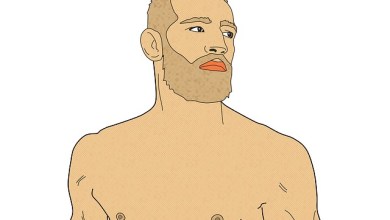 Conor McGregor Has Bulked Up to 190 Pounds Looks Fully Jacked Sunless Young Adults: Endure in tips This When Facing Discrimination