On Monday, Chinese tech giant Alibaba has accepted a record fine of around $2.8 billion which is charged by the country’s anti-monopoly regulator.

However, the regulator slapped this fine as the company has abused its market status for years. This amount is equivalent to 4% of the domestic revenue gained by the company in 2019.

Joe Tsai, vice chairman of Alibaba Group’s executive vice-chairman highlights that regulators have taken an interest in the platform like Alibaba which they develop is significant.

He told investors called on Monday, “We’re happy to get the matter behind us, but the tendency is that regulators will be keen to to look at some of the areas where you might have unfair competition.”

Moreover, the company has now added that they were not aware of the further anti-monopoly investigations by the Chinese regulators. It highlighted that Alibaba along with its competitors should remain under review in China over mergers as well as acquisitions.

The prime issue for the regulators was basically the restricted merchants from performing the business or running promotions on the rival platform.

The company mentioned that it would take the initiative to reduce entry barriers and business expenses faced by the merchants on e-commerce platforms.

Mr. Tsai exclaimed, “With this penalty decision we’ve received good guidance on some of the specific issues under the anti-monopoly law.”

Well, the group didn’t expect any material impact on its business by changing the exclusivity arrangements imposed by the regulators.

The message from Alibaba today states in its investor call that they might be the highest and the first Chinese tech firm for attracting regulators’ attention.

Well, Alibaba executives sought to ensure that the investors are playing the ball with the regulators. Soon they are going to make it quite cheaper for businesses for selling on their platform and are not forced to pick or choose between the platforms which is a practice seen by some in the industry as a case of “it’s my way or highway’.

Notably, Alibaba mentioned that the discussion with the regulator has been cordial the statement on the firm on accepting the penalty is marked as remorseful.

Although, it might be heaving a lamenting of relief. Well, 4% of the 2019 revenue penalty is stated as the record fine but for Alibaba, this is a huge war chest that dropped in the ocean.

Ultimately, there will be more oversight and scrutiny of it as well as other firms. However, the e-commerce giant has indicated that for now, Alibaba is clear in terms of future investigations and the same can’t be mentioned for the other firms within this sector.

Furthermore, this Chinese tech firm is one of the most powerful forces in the country and Beijing is keen to regulate them. Alibaba’s experience is a sign of more of the same to continue.

This fine is the latest in a chain of events that is targeting the company which kicked off last October, mentioned after its co-founder Jack Ma criticized regulators who are suggesting that they were stifling innovation.

After the speech, Chinese regulators have scuppered that the share market has the launch of Ant Group that is Alibaba’s sister company and China’s biggest electronic payment provider.

Moreover, some of the commenters mentioned that the regulators now had legitimated concerns regarding Ant Group’s consumer finance arms.

Ant Group is referred to be the last year’s biggest share market that launched on the Hong Kong exchange.

Alibaba is not the only Chinese company that has come under the scrutiny of China’s increasingly positive regulators.

In the last month, China’s State Administration for Market Regulations (SAMR) mentioned it has already fined 12 companies for more than 10 deals that involve the violation of anti-monopoly rules. 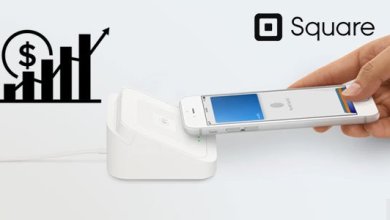 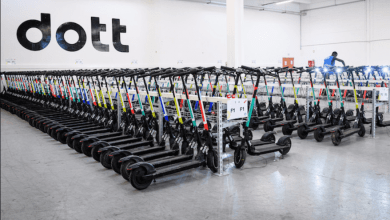