Since 2017, PharmaEssentia had repeatedly attempted to terminate the agreement with AOP Orphan concerning BESREMi® (Ropeginterferon alfa-2b). After two and a half years of arbitral proceedings, in October 2020, the ICC Arbitral Tribunal issued its award in the matter. The arbitral award states that PharmaEssentia’s multiple attempts to terminate the agreement were unjustified, and that AOP Orphan is entitled to payment of damages of approximately EUR 142 million for project delays caused by PharmaEssentia. 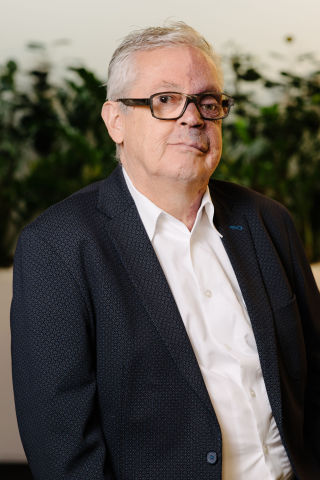 Today, the Frankfurt Higher Regional Court announced its decision. As anticipated, the Court dismissed PharmaEssentia's set aside application, confirming that both parties had sufficient opportunity to be heard, that all evidence brought before the Arbitral Tribunal was duly taken into consideration, and that the public order was fully respected.

Thus, the award as issued by the ICC Arbitral Tribunal in October 2020 has now been declared enforceable by Frankfurt Higher Regional Court, and AOP Orphan can pursue its enforcement in Germany and elsewhere. An appeal to the German Supreme Court is possible but would not hinder the enforcement of the award.

Rudolf Widmann, Chief Therapeutics Development Officer and Member of the Board of AOP Orphan, explains: “AOP Orphan has always complied with its contractual obligations and is entitled to compensation by PharmaEssentia, following their repeated attempts to boycott the joint project and success of BESREMi®. We encourage PEC to accept the arbitral award and work towards cooperative efforts to exploit the full value of BESREMi® in the interest of patients and stakeholders of both companies. AOP Orphan has tried to find solutions several times – I would have preferred to invest time and money into making this highly promising drug available to patients with blood cancer, instead of investing it into expensive lawsuits.”

BESREMi® is a long-acting, mono-pegylated proline interferon (ATC L03AB15). Its unique pharmacokinetic properties offer a new level of tolerability. BESREMi® is designed to be conveniently self-administered subcutaneously with a pen once every two weeks, or monthly after stabilization of hematological parameters. This treatment schedule is expected to lead to overall better safety, tolerability and adherence compared to conventional pegylated interferons. Ropeginterferon alfa-2b was discovered by PharmaEssentia, a long-term partner of AOP Orphan. In 2009, AOP Orphan in-licensed the exclusive rights for clinical development and commercialization of Ropeginterferon alfa-2b in PV and other MPNs for European, Commonwealth of Independent States (CIS), and Middle Eastern markets.

AOP Orphan Pharmaceuticals AG is an international pharmaceutical company with its headquarters in Vienna and a focus on rare and special diseases. Over the past 25 years, the company has become an established provider of integrated therapy solutions from its headquarters in Vienna. This development has been made possible by a continually high level of investment in research and development on the one hand and a highly consistent and pragmatic orientation towards the needs of all our stakeholders on the other – especially the patients and their families but also the doctors and care professionals treating them. In the third quarter of 2020, AOP Orphan took over Amomed Pharma GmbH and SciPharm S.a.r.l., two European health care companies, thus continuing its consistent path of growth into a pan-European health care group specializing in special diseases with complex management.

Visa Announces Grants and Resources for Women-Owned Businesses in India