Hero Electric, an Electric Vehicle manufacturer whose focus lies on two-wheelers that have raised around Rs 220 crore in its Series B round that is led by Gulf Islamic Investment (GII). Even the existing investor OAKS also participated in this round.

By talking about the fundraise, Hero Electric’s managing director Naveen Munjal mentioned that the company aimed to sell more than one million units yearly in the next couple of years. Also, he noted that the EV market has now undergone tremendous transformation in the last couple of years, especially because due to the policies being more conducive for growth in the segment.

E-mobility is very much poised about the development more than two times from the last fiscal year as per Munjal.

Hero Electric had last elevated ₹160 crores ($21 million, at current conversion rate) funding from Mumbai-based Alpha Capital in December 2018. This was the company’s maiden fundraise and was raised to form its second factory. A part of the capital was also utilized to grow new products and enlarge its dealership network.

The capital elevated in the latest Series B round, the company said, will be used towards expanding production capacity, consolidating market position to strengthen market leadership, investing in technology, and growing footprint across India-like markets. The electric two-wheeler maker will also emphasize India-centric, flexible and cost-effective innovation.

The Gurugram-based company also plans to make important additions to its manufacturing capacity to accomplish the target of 1 million sales annually. It will also set up multiple plants over the next couple of years.

Hero Electric has specified that it will invest at least ₹700 crores to raise annual production capacity to more than 1 million units over the next four years. Currently, its plants manufacture 75,000 units per year. These new capacities will come up at two or three locations, of which one will be situated closer to a port for easy export.

“This round of investments which is a first of a larger scheme will help expand our manufacturing capacities, increase R&D [research and development] spends that will enable us to continue to launch innovative products to disrupt the category,” Munjal added.

Hero Electric is owned by Naveen Munjal, a relative of the Munjals of Hero MotoCorp. The company has no business connotation with the publicly listed company Hero MotoCorp.

Hero MotoCorp is an investor in another EV company Ather, which was initiated by Tarun Mehta and Swapnil Jain in 2013. It has been belligerent about its operations as well and closed a $260 million Series D round in November 2020. 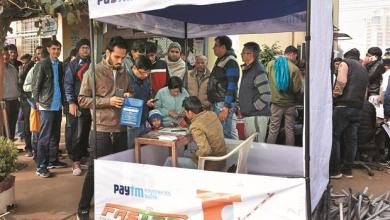