Tampere is famous for having more public saunas than any other city in Finland. Now Tampere, the self-declared sauna capital of the world wants to be also the European Capital of Culture in 2026. 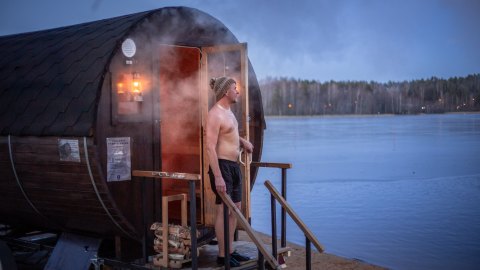 In sauna we all are equal. That is what we say in Finland.” Photo: Laura Vanzo / Visit Tampere

Finns say that in a sauna everyone is equal. Tampere26 project has chosen Equality as the main theme of its Culture of Capital year.

Tampere26’s application is built around the values of equality, diversity, accessibility and sustainability. The aim is to increase equality through culture, discuss social and environmental issues, increase diversity and togetherness and work on a common European identity.

“Equality has been a fundamental right for citizens of the European Union since its foundation. Tampere26 slogan Equally European is a long-term development project where we invite Europeans to take care of equality, a value that is under threat. We still have a lot to learn on this matter”, says Tampere26 Project Director Perttu Pesä.

Finland has a great history regarding equality. It was the first country to grant women full political rights in 1906 and Tampere played a significant role in this process. In 1905 a total of 40,000 people gathered in the central square of Tampere to demand general suffrage.

The cultural program of Tampere26 promises cultural enriching happenings, from massive shows to small-scale events like village fetes in the rural areas of the Tampere Region. 19 municipalities of the region are participating in this project with Tampere.

Moomin on Ice ballet takes place in the brand new Uros Live Arena, a venue for over 13,000 spectators. On the other hand, some activities will happen in the national parks far away from the city.

Tampere26 celebrates the opening of Tampere Art Museum’s extension and at the same time dedicates part of the program to the vibrant skateboarding culture. Of course, sauna is included. The program is compiled from over 1000 proposals, and it was developed in cooperation with 150 international partners.