WhatsApp will now globally limit message ‘forwards’ to five chats at a time, a practice the company had introduced in India in July last year to crack down on the spread of rumours and fake news through its platform.

In a statement, WhatsApp said the move will help keep the Facebook-owned entity “focused on private messaging with close contacts.”

“WhatsApp carefully evaluated this test and listened to user feedback over a six-month period. The forward limit significantly reduced forwarded messages around the world,” the statement said.

The statement also added that “starting today, all users on the latest versions of WhatsApp can now forward to only five chats at once…”

The messaging platform — which counts India, Brazil and Indonesia among its major markets said it will continue to listen to user feedback on their experience, and will look at new ways to tackle viral content on its platform, especially the harmful type.

A WhatsApp spokesperson also told PTI that during the test period, the company saw a 25 percent reduction in forwarded messages being shared on WhatsApp.

“We believe this is a reasonable number to reach close friends, while helping prevent abuse,” the spokesperson added.

WhatsApp had set restrictions to the forward feature in July last year after reports of fake news on the messaging platform began resulting in mob-lynchings in certain parts of India.

At the time, WhatsApp had said that use of the app in such a way violates its terms of service and that it would actively work on preventing such actions. The company also claimed that Indian users forward more messages and videos than any other markets in the world.

The popular messaging platform has been resisting pressure from the Indian government and its demand for letting law enforcement agencies identify message originators. The company states that such a move would weaken its end-to-end encryption and the private nature of the platform, creating the potential for misuse.

Donald Trump's offer to end US shutdown hangs in limbo; voting in Congress not expected till later this week 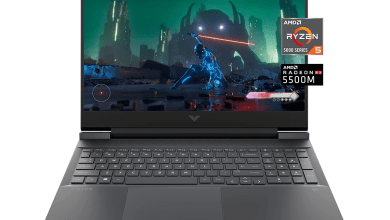 Put $140 on this HP gaming computer with AMD graphics