How often have you been asked to donate to a charity at a checkout counter and ignored the request?

Retail stores use charity checkout to show their community that they care, but shoppers only donate at the register 8% of the time. There is a disconnect between customer and cause – the typical shopper doesn’t have any knowledge of the charity they’re being asked to give to, and thus feels no personal drive to give.

Parvenu co-founders Patrick Hoban and Johnny Li are solving this with a high-tech charity checkout platform. They are currently selling stock in their company through a crowdfund in order to raise their seed round for a full-scale launch. Recent improvements in technology have made it possible for third-party developers to create add-ons for major payment processing hardware like VeriFone’s terminal. Parvenu is taking advantage of this by creating a platform that shows shoppers the causes they care about most.

In addition to a personalized donation ask, Parvenu improves on existing charity checkout by offering a more inspiring design. This design enhances transparency by showing the organization’s Charity Navigator ranking. Shoppers are empowered with a sense of progress when they see the specific goal that their money is going toward. Whereas typical retail charity campaigns like the Walgreens Red Nose campaign uses up 50% of the donation for overhead costs, Parvenu is able to keep transaction fees down to 10% by keeping their product digital – this means more money goes to the charity than with traditional methods.

When testing their display improvements, Parvenu was able to triple the donation rate from 8% to 25% across five locations in Texas. Parvenu has completed the SEED SPOT incubator in Washington DC, which has granted them $100,000 in Amazon Web Services. They have leveraged partnerships with major FinTech players like VeriFone, Ingenico, and First Data. Now, Patrick, who has a proven track record as a fundraiser for The Nature Conservancy and Save the Children, and Johnny, who is a former technology consultant, are riding this momentum in order to raise the remainder of their seed round for an aggressive market launch. Currently, their campaign has reached 30% of their funding goal. 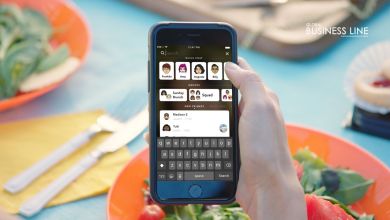